If you've been paying any attention to the solar power industry over the past few decades, you may have noticed that prices have gone down and down for solar power over the years. That's because scientists and researchers have been developing more and more solar technologies and making them more and more effective. Combined with the price cut that you get when more companies start producing a product commercially and competition drives the prices down, these new innovations have made solar panels much more affordable for homeowners across the US. Solar panels have gotten less conspicuous and fragile and more efficient, and new types of solar panels such as those disguised as roofing shingles are available for use from multiple sources. But some types of solar technology, while not easily available now, may be the ideal way to power your home in just a few years. Here are three of these developing technologies.

Although they aren't in frequent use yet, solar roadways are being tested as bike paths in multiple countries and have been shown to produce energy reliably (in addition to being really cool). Once these surfaces are developed to be strong enough for larger vehicles to safely drive on, we could start seeing them on actual roads, especially in forward-thinking, solar-friendly countries. And when the materials become readily available, you may even be able to convert your own driveway into a power generator.

Some researchers and inventors are looking to the ocean as a great place to store solar panels. It seems a bit counterintuitive because the ocean tends to smash everything up, but they've been working on some designs that will help the solar panels survive the somewhat hostile environment while still creating energy. If and when these designs are developed into commercially available products, the ocean may end up being a practically limitless source of solar energy for any country with a sea border.

Although both windows with solar energy production built in and window film that captures solar energy for home use have been invented, neither are widely available for consumer purchase at the moment. However, several companies are working on developing these types of products in order to sell them, so by the time you get around to building your dream house, you may be able to get windows with invisible solar panels built in.

These three ideas all have the potential to revolutionize America's energy production and the solar panel industry if they catch on, but even better, they could help save the Earth by significantly reducing the fossil fuels used to power homes and businesses for years to come. Contact a company like Solar King, LLC to learn more about solar panel installation. 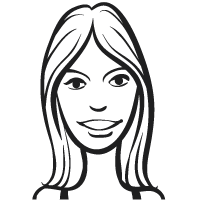